Mister "Le zouave" motivated me 2 years ago to see "There will be blood" movie.
Since, I can say that is one of my favorite movie now… where photo's quality, costumes and interpretation are incredible…If you have not seen it and are crazy about sanforized strong and old duck clothing… its time to go…

In 1902, Daniel Plainview (Daniel Day-Lewis), a mineral prospector, discovers oil and establishes a small drilling company. Following the death of one of his workers in an accident, Plainview adopts the man's orphaned son (his mother nowhere to be found). The boy, whom he names H. W. (Dillon Freasier), becomes his nominal business "partner". Nine years later, Plainview is approached by Paul Sunday (Paul Dano), who tells him about the oil deposit under his family's property in Little Boston, California. Plainview attempts to buy the farm at a bargain price but Paul's twin brother Eli (also Dano), wise to Plainview's plan, holds out for $10,000, wanting the money to fund the local church, of which he is the pastor. Plainview has Eli's father agree to the bargain price instead, and goes on to snatch up the available land in the Little Boston area, except for one holdout—William Bandy (Hans Howes). Oil production begins. Later, an on-site accident kills a worker, and later still, a large explosion robs H.W. of his hearing. One day, a visitor (Kevin J. O'Connor) arrives on Plainview's doorstep claiming to be his half-brother, Henry, and is seeking work. Plainview takes the stranger in, and though H.W. discovers flaws in his story he keeps the news to himself; the boy then attempts to kill Henry by setting his bed linen alight. Angered at his son's behavior, Plainview sends the boy away to a school in San Francisco. A representative from Standard Oil later offers to buy out Plainview's local interests, but Plainview elects to strike a deal with Union Oil instead and construct a pipeline to the Californian coast, though the Bandy ranch remains an impediment. After spending more time with Henry, Plainview also becomes suspicious; Henry finally confesses that he was actually a friend of the real Henry, who has long since died from tuberculosis. Plainview kills the imposter and buries his body. The next morning, Plainview is awakened by Mr. Bandy, who appears to be aware of the previous night's events. Bandy agrees to Plainview's deal but only on the provision that the latter mend his ways and join the Church of the Third Revelation, where Eli humiliates him as part of his initiation. Plainview soon reunites with H.W., and Eli eventually leaves town to perform missionary work. In 1927, a much older H.W. (Russell Harvard) marries his childhood sweetheart, Mary Sunday (Colleen Foy). By this time his father, now an alcoholic but extremely wealthy, is living in a mansion with only a servant for company. H.W. asks his father (through an interpreter) to dissolve their partnership so he can establish his own business. Betrayed, Plainview mocks his son's deafness and tells him of his true origins, leaving H.W. with no regrets when he finally leaves. Some time later, Eli, now a radio host and the head of a larger church, visits Plainview, but it becomes clear that Eli is in dire financial straits and desperate, explaining that Mr. Bandy has died and that he offers to broker a deal on his land. Plainview agrees to the deal if Eli confesses, "I am a false prophet; God is a superstition", subjecting Eli to the same humiliation Eli had put him through years earlier. Eli does so after much berating by Plainview. To Eli's horror, Plainview scathingly reveals that he had already drained the oil from the property through surrounding wells via the process of drainage by saying, "I drink your milkshake." Plainview suddenly goes into a rage, chases Eli about the room, and then beats him to death with a bowling pin. When Plainview's butler comes down to check on him, Plainview simply says "I'm finished." 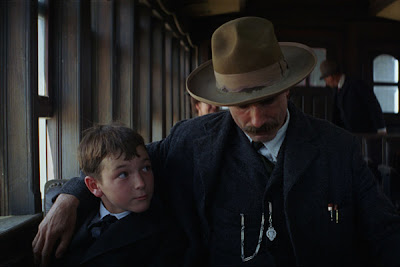 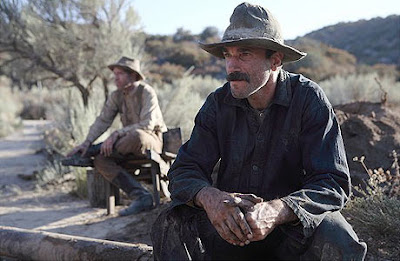 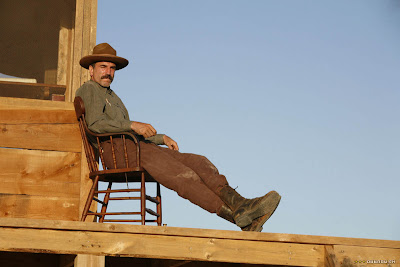 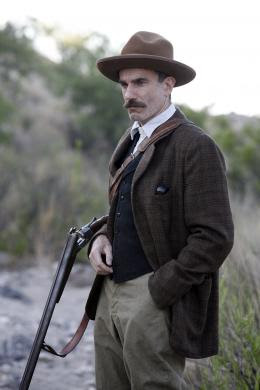